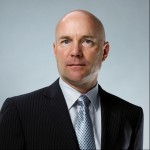 An increasing trend in new home product marketing and design is multigenerational homes.    This marketing approach is becoming more common among architects and homebuilders who are responding to an increasing demographic: multigenerational households. According to the National Association of Homebuilders, although home sales were down in recent years, this niche product appears to be solid and growing.

This entry was posted in Fusion. Bookmark the permalink.